Skip to main content
You have permission to edit this article.
Edit
Home
News
Get Out
Classifieds
Business
Sports
More
Recommended
1 of 3 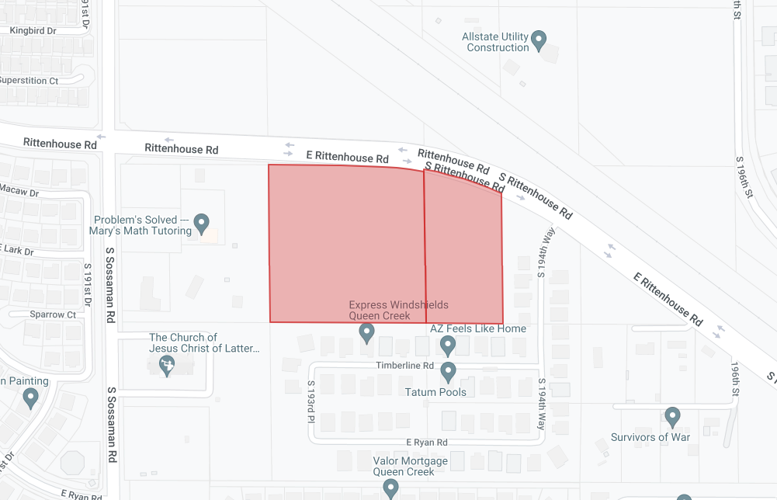 The Mayberry on Rittenhouse condo complex calls for 186 units. (Town of Queen Creek) 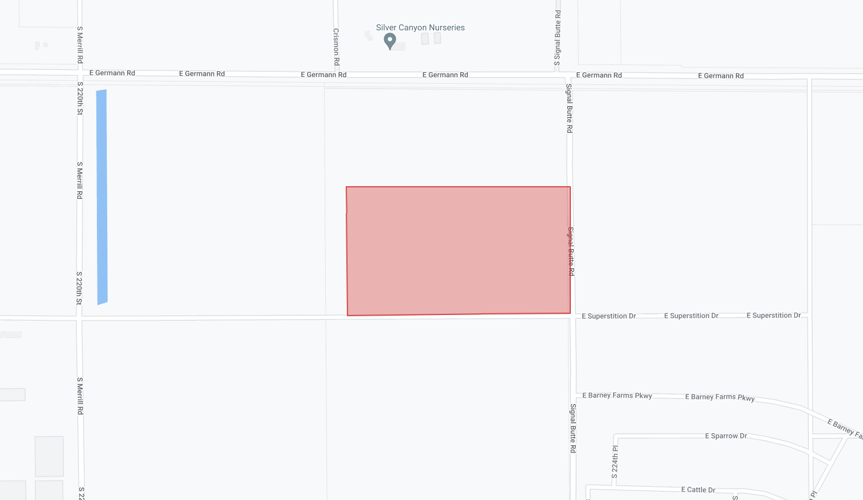 This map shows the location of the 495-unit Alexan Queen Creek complex. (Town of Queen Creek)

The Mayberry on Rittenhouse condo complex calls for 186 units. (Town of Queen Creek)

This map shows the location of the 495-unit Alexan Queen Creek complex. (Town of Queen Creek)

Queen Creek is poised to see a small surge in multi-family development after the Planning and Zoning Commission recommended Town Council approval of a 495-unit apartment complex and an unrelated rezoning and site plan for 186 condominiums on about 16 acres of land.

The commission on May 11 agreed with a town staff recommendation for site plan approval of Trammel Crow’s Alexan Queen Creek on 20 acres on the southwest corner of Signal Butte and Germann roads for the apartment complex.

Alexan Queen Creek will feature 495 rental homes that comprise studio, one-, two-, and three-bedroom units ranging in size from 600 –1,450 square feet, it said, adding, “The project is gated and offers an attractive design and strong package of amenities for the residents.”

Primary and secondary exit-entry to the development will be along Signal Butte with the primary entrance leading to a clubhouse.

The complex will comprise 17 three-story buildings along three two-story garages with residential units on the second level. The plan calls for 850 parking spaces, with 30 in garages, 466 under canopies and 354 open.

“We have positioned two residential buildings along the Signal Butte frontage to provide an urban presence along the street as well as to minimize the view of the parking areas from this public right-of-way,” the developer’s presentation said. “All of the buildings are positioned around the site to avoid large clusters which elongate walking distances and limit visibility. A minimum distance of 25 feet is provided between buildings to avoid a canyon like effect and where we were able to extend those distances, we did.”

The planned 4.6 acres of open space equals 23% of the total site and besides ramadas, pool, jacuzzi spa, cornhole court and other amenities, two dog parks also are planned.

Using the town’s 2017 Water System Master Plan, Trammel Crow estimates an average day demand for water will be around 78,500 gallons.

In its recommendation to the Planning Commission, town staff noted that the parcel had been rezoned a year ago from employment to high-density residential.

The complex is west of the Fulton Homes Barney Farms subdivision now under construction and south of a planned commercial area.

“The architecture was developed using design features, character elements, and theming,” staff said, adding that the development “satisfies the maximum density requirement” in the General Plan

Meanwhile, the Planning and Zoning Commission recommended Council’s approval of a request for rezoning and site plan for a proposed 186-unit condominium development near the southeast corner of Sossaman and Rittenhouse roads.

Called Mayberry on Rittenhouse, the development by Mesa-based Property Design Develop LLC calls for 186 attached and detached condos in single-story and two-story buildings with a total 342 parking spaces.

The developer’s presentation called the complex a “boutique‐home living community” that includes a large clubhouse, “a lush landscape/open space plan, and resort lifestyle amenities that contribute to a high‐quality use that compliments and enhances the surrounding area.”

“Mayberry On Rittenhouse will provide generous building setbacks and landscape buffers along its shared boundaries with single family residential land uses to the east, south, and west, which is larger than what is required per the Town of Queen Creek Zoning Ordinance,” the developer said.

Stating the development’s high-end character blends in with the “existing fabric of the town’s approved neighborhoods,” the developer also said:

“Mayberry on Rittenhouse will contribute to the Town’s economy in many ways. The additional esidences will support the Town’s local businesses, and therefore, the Town’s economy, which is a major element of the Economic Development Strategic Plan. The proposed open space amenities will provide a higher quality lifestyle that will increase the value of neighborhoods in the area, which will indirectly contribute to neighborhood stability and a sustainable economy.”

“Ultimately, this proposal will increase property assessments,” it added.

“The unit types vary in size from 752 square feet up to 1,376 square feet of livable space. A total of 82 one-bedroom units and 104 two-bedroom units are proposed,’ the report said, adding that the buildings “are modeled after Santa Barbara/Old Spanish and Hacienda architectural styles.

“Identifiable elements and characteristics of these elevations include decorative accents such as corbels, columns, trim, wrought iron, shutters and metal shade awnings; varied rooflines with sloped roofs, gabled ends, dormers and hipped roof elements; and variations in the vertical and horizontal plane achieved by shading through massing, undulating patios, porches, balconies, and pop-outs,” it added.